The Serengeti takes its name from the Maasai word siringet, which means “endless plains.” The plains certainly are that, and the park itself is endless, covering 5,700 square miles (14,763 sq km) of dry rolling grassland, acacia speckled savanna, and dense riverine woodland.

In the south one finds short and long grass plains, desiccated much of the year, brought briefly back to vibrancy by the short rains of November and December. It is no coincidence that the wildebeest calving season occurs in the months that follow; the entire Serengeti ecosystem follows the rhythm of the pattering rains, great herds of grazers following the rainfall and briefly rich forage. The Serengeti supports millions of hoofed animals – wildebeest, zebras, giraffes, Thomson’s and Grant’s gazelles – and the predators that harass them. This ecosystem extends beyond the boundaries of the park, some of it protected within the Ngorongoro Conservation Area on the park’s eastern border and a knuckle of it within the Maasai Mara Reserve across Tanzania’s northern national border with Kenya.

While the bulk of the park consists of grassland, the western reaches, near Lake Victoria, feature wooded highlands, and woodlands line the tributaries of the Mara and Grumeti rivers.

The wildebeest migration that hits the southern Serengeti during December-March (typically; there’s slight variation according to local conditions!) is an unmissable sight, where up to two million animals cross East Africa in search of food, water and birthing grounds. As one of the biggest mass migrations on the planet, and certainly one of the most dramatic, there is naturally great demand in booking accommodation…we typically use smaller, private camps that offer greater exclusivity and have the mobility to escape the big groups of tourists and follow the herds after the small fluctuations that inevitably occur during their long journey. If you’d like to read up more on the migration, we suggest you go to our dedicated Wildebeest Migration page that focuses on the event specifically.

TALK TO OUR SAFARI EXPERT 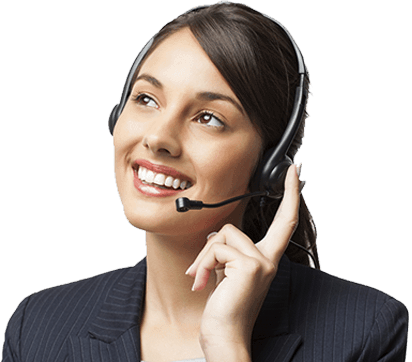 We're here to assist you on planning your Safari. On average we provide quotes within 6 hours during business hours and the next day during off business hours.

We use cookies on our website to give you the most relevant experience by remembering your preferences and repeat visits. By clicking “Accept All”, you consent to the use of ALL the cookies. However, you may visit "Cookie Settings" to provide a controlled consent.
Cookie SettingsAccept All
Manage consent

This website uses cookies to improve your experience while you navigate through the website. Out of these, the cookies that are categorized as necessary are stored on your browser as they are essential for the working of basic functionalities of the website. We also use third-party cookies that help us analyze and understand how you use this website. These cookies will be stored in your browser only with your consent. You also have the option to opt-out of these cookies. But opting out of some of these cookies may affect your browsing experience.
Necessary Always Enabled
Necessary cookies are absolutely essential for the website to function properly. These cookies ensure basic functionalities and security features of the website, anonymously.
Functional
Functional cookies help to perform certain functionalities like sharing the content of the website on social media platforms, collect feedbacks, and other third-party features.
Performance
Performance cookies are used to understand and analyze the key performance indexes of the website which helps in delivering a better user experience for the visitors.
Analytics
Analytical cookies are used to understand how visitors interact with the website. These cookies help provide information on metrics the number of visitors, bounce rate, traffic source, etc.
Advertisement
Advertisement cookies are used to provide visitors with relevant ads and marketing campaigns. These cookies track visitors across websites and collect information to provide customized ads.
Others
Other uncategorized cookies are those that are being analyzed and have not been classified into a category as yet.
SAVE & ACCEPT
Powered by

Italian
Need Help? Chat with us
Start a Conversation
Hi! Click one of our member below to chat on Whatsapp
The team typically replies in a few minutes.
Johnson
Customer Support
Alexandra
Customer Support